Body fur colour variable, but usually grey-brown above and white underneath. Coiled tail with a white tip.

Common Ringtail Possums are mainly solitary but sometimes form small family groups. At night, they forage for leaves, flowers and fruit, using their tail to grip branches as they move.

It lives in a variety of habitats and eats a variety of leaves of both native and introduced plants, as well as flowers, fruits and sap. This possum also consumes a special type of faeces that is produced during the daytime when it is resting in a nest. This behaviour is called coprophagia and is similar to that seen in rabbits


How to identify the Pseudocheirus peregrinus? 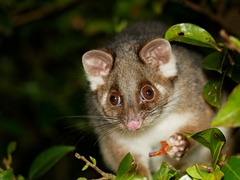 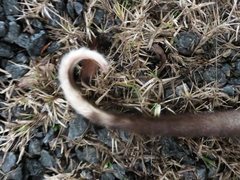 Almost exclusively tree-dwelling, the Common Ringtail Possum lives in in forests, woodlands, rainforests, dense scrub and suburban gardens. During the day, the Common Ringtail Possum sleeps in its spherical nest or 'drey' made from grass and shredded bark. It builds the drey in a tree hole, tree fork or dense vegetation, and several individuals may share the one nest 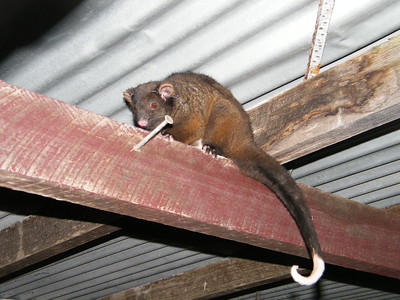 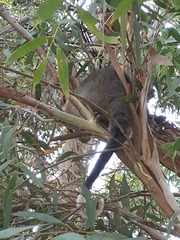 Disclaimer: A lot of work goes into trying to identify and ensure accurate identifications are made and that the listed Descriptions, Sizes, Habitats and Distribution information is as accurate and valid as possible. Unfortunately, information in this arena is ever changing and as such no guarantee can be offered that it is correct or currently valid as a result the information is provided as a guide, and it is always suggested that you do a little research to ensure you have the latest and most accurate information. View the reference's or bibliography I welcome any feedback and comments on the information provided.

Take me back up